Weight Loss Diet Drugs (we should say Weight Loss AND Diet Drugs) have been mentioned in the same breath for years. Weight loss diet drugs came on the market in the 1950’s, apparently in the form of amphetamines or speed. Amphetamines or speed are very potent psychomotor stimulants that cause your body to release excitatory neurotransmitters such as dopamine and noradrenaline, also known as norepinephrine.

Weight loss diet drugs such as amphetamines can be sniffed, swallowed, snorted and injected into the bloodstream and tend to induce exhilarating feelings of power, strength, energy, self-assertion, focus and enhanced motivation. No wonder many used speed for all-night studying purposes or to get through other all-night activities, i.e., graveyard shifts.

After taking an amphetamine, your body “forgets” the need to sleep or eat. No wonder weight loss diet drugs came to be used as a serious alternative to those wishing to shed pounds quickly. Dopamine usually induces a sense of aroused euphoria that can last many hours. In addition, amphetamines are not broken down by the body as readily as other drugs such as cocaine which can lead to intensified feelings and empowerment.

Because amphetamines are stimulants, they cause the body to burn calories. But, they also came to be known as addictive drugs that were proven unsafe. As a result, the FDA ruled that they be pulled from the market. However, weight loss diet drugs are still popular due to their convenience and availability. Weight loss diet drugs as you can read in this site can assist you in losing weight initially but it is your dietary behavior and exercise patterns that will determine your long term health. 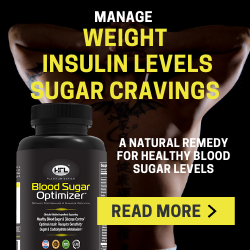 Troubling reports of fen-phen side effects began to surface in 1997. In July, the Mayo Clinic reported that 24 patients developed regurgitation or leakiness in their heart valves after taking fen-phen. Then, there followed cases of other patients with heart valve disease after having been on a fenfluramine regimen. There were NO cases of heart valve disease in anyone taking just the phentermine diet drug. Based on additional findings and cases brought to the attention of the FDA, just the drug fenfluramine was pulled from the market.

The phentermine diet drug was not pulled from the market because all studies pointed to fenfluramine (and dexfenfluramine) as the cause of heart valve disorders.

Meridia, Xenical and Phentermine are the most popular and well known weight loss diet drugs on the market. The Meridia diet drug is also known as Reducil and is generically known as sibutramine. Meridia is an appetite suppressant that is intended to be used in conjunction with a low-calorie diet and exercise. Meridia stimulates appetite control centers in the brain and affects neurotransmitter levels, which also reduce the urge to eat.

The Meridia diet drug, or sibutramine as it is also known, is deemed safe for usage for up to one year. It is only recommended for obese people or those with a BMI in excess of 30 or higher. Meridia side effects can include rasied heart rates and high blood pressure.

The Xenical diet drug is also known as Orlistat and is also used for the treatment of chronic obesity. Xenical is considered a fat blocker; it reduces the ability to absorb fat from food. The Xenical diet drug is most effective is used in conjunction with a low calorie diet and exercise. Xenical diet drug side effects may include gas, increased bowel movement frequency and fatty and oily stools. People may experience leaking as well. Xenical has been proven safe to use in clinical trials for up to two years.

Phentermine, also known as an Adipex diet drug, is also an appetite suppressant and is similar in structure to amphetamines. The adipex diet drug, like an amphetamine, is addictive and habit forming. Phentermine and adipex side effects can include increased heart rate and high blood pressure.

Have you thought about how you’re going to maintain your new ideal weight when you reach it? Or perhaps you already have and are looking for the best options to stay in shape and not stack the pounds on again. You’re no doubt doing some weight training as part of your daily routine so keep on with it even once you hit your target weight. You may also want to consider building some muscle in much the same way Zac Efron has. Possibly the (as we like to call them) Zac Efron Supplements can help you with this – we’ve shared everything we know about them.